Day 8 of Intensive Negotiations with Sydney Trains and NSW Trains

In Monday’s meeting, Sydney and NSW Trains Management gave responses to the CRU log of claims concerning Train Crewing and the remaining claims on Safety. This included claims in relation to protections in the enterprise agreement for drivers, guards, on-board staff and safety at the Platform Train Interface.

Disappointingly, most specific Train Crew claims were rejected by management. This included the refusal by management to prohibit the introduction of “driver only” for the life of the agreement.

Alarmingly, both entities also refused to accept your claim for a clause stating that:

Despite their rejection, the RTBU is proud to take action to ensure safety and will continue to hold operators accountable to their decisions.

The following items received full or partial agreement from management:

Guards to be rostered on standby for their first shift back from secondments and extended leave (claim 14.7.1 g); and

See the table below for more detail on the rail entities’ response to our claims.

Sydney Trains also presented on their proposal to change rostering for network maintenance and major works. We’re deeply concerned with this proposal. The proposal was as follows. 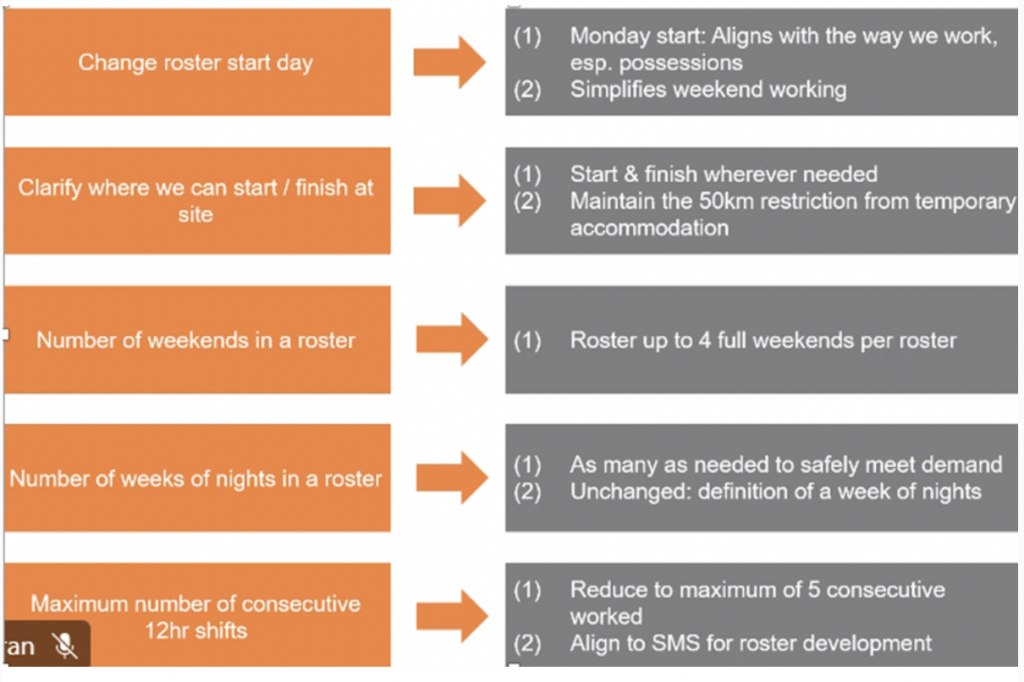 Your delegates will continue to push Sydney Trains for further details including their draft clauses and any amendments they seek to the current EA. We will keep members informed on the progress of these discussions. Rest assured your delegates are awake to how harmful this proposal may be if it came to fruition.

Your delegates continue to bargain uncompromisingly to secure the most positive outcome to improve the lives of members who serve the people of NSW. Our next meeting will focus on Engineering and Maintenance, and we will continue to ensure that members interests are the primary focus of these negotiations. 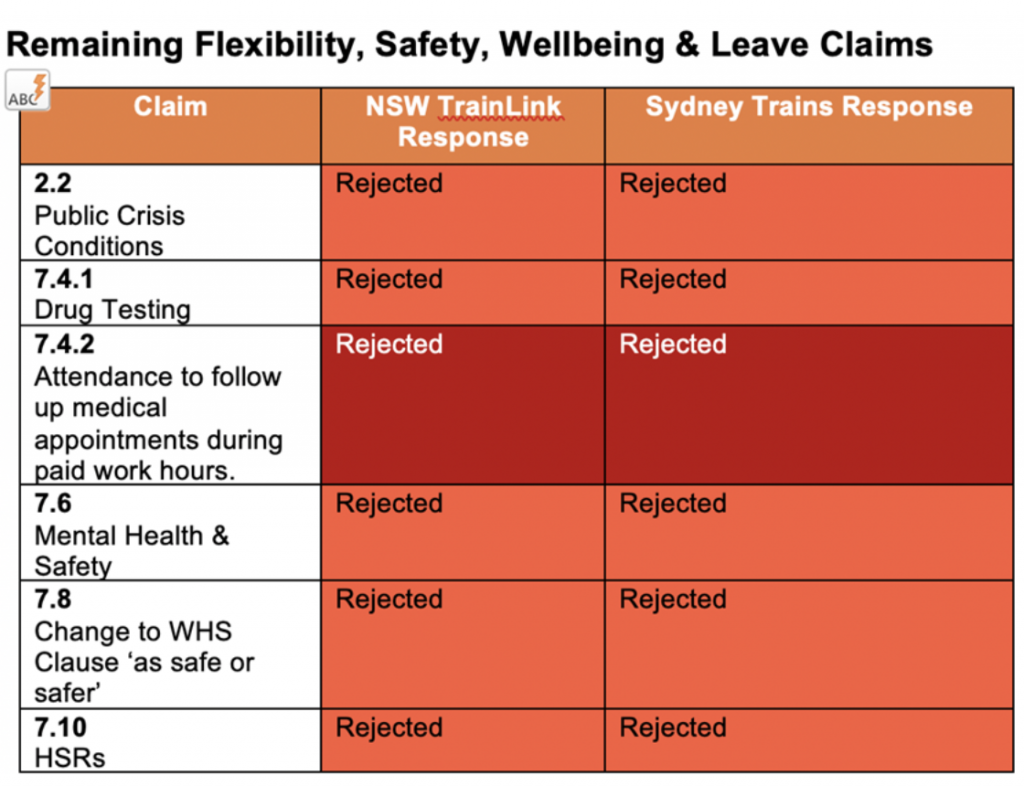 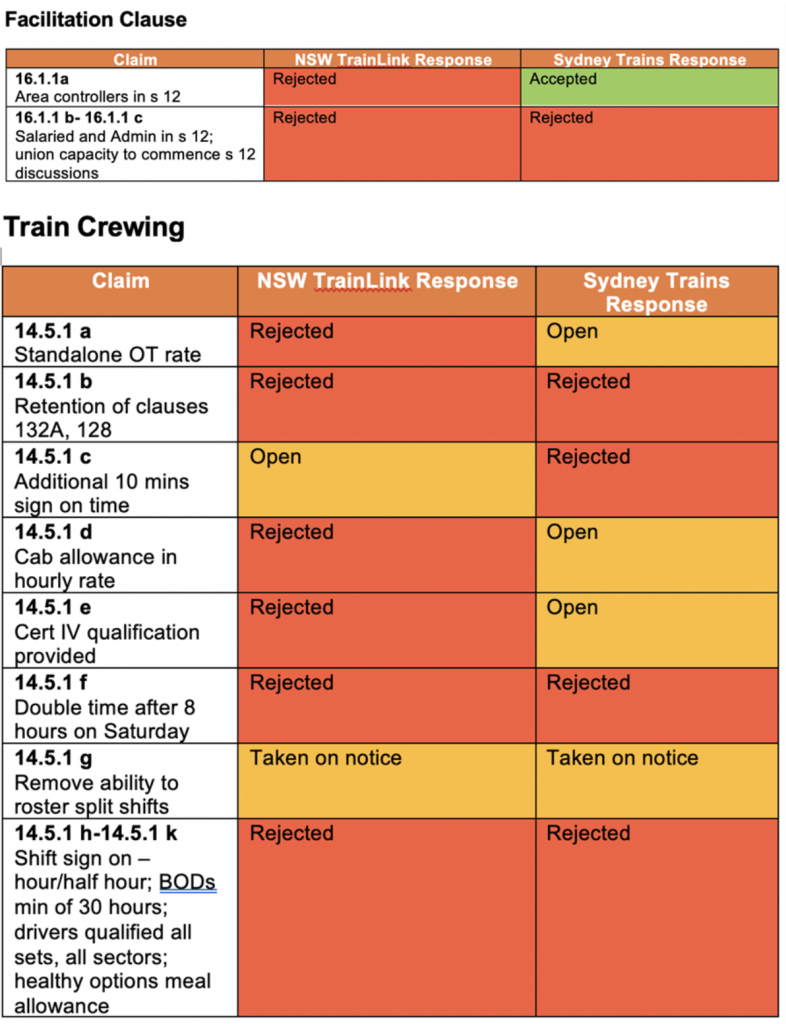 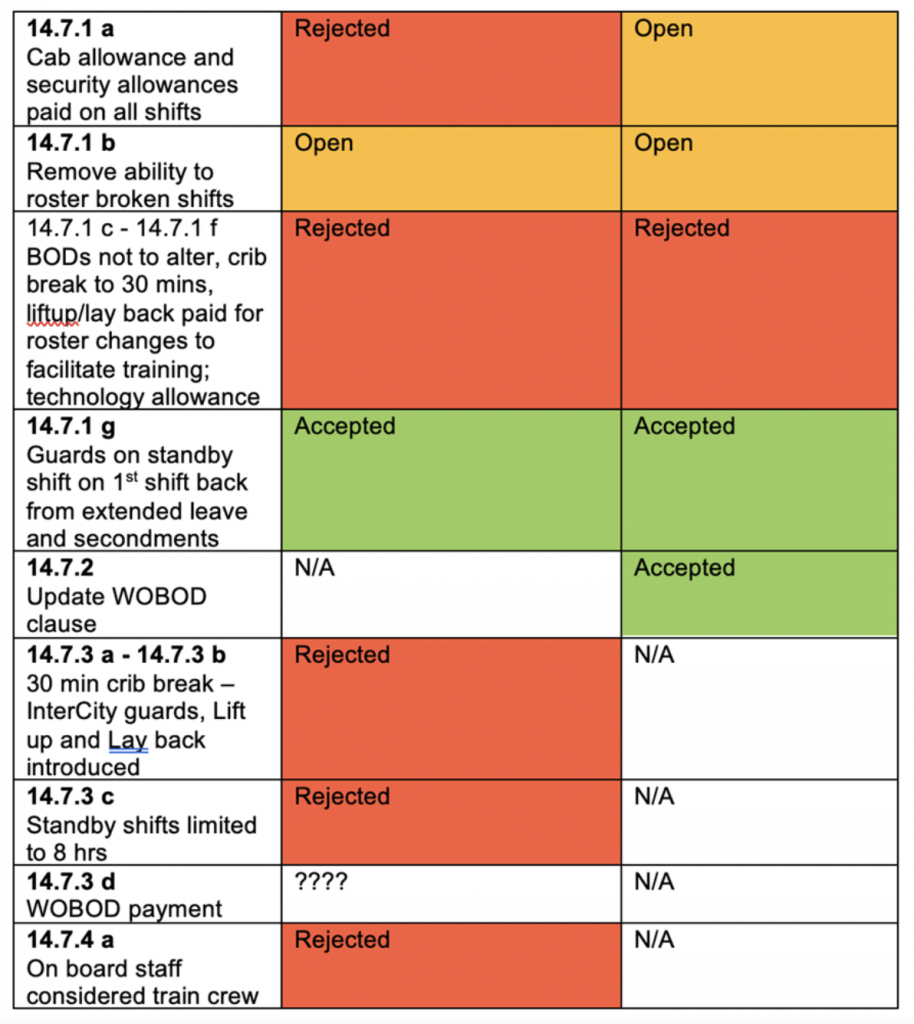